Being awake in the morning is what everyone wants to start a new day as flexible as having high productivity at work, not only in Asian countries and around the world, everyone is quite popular use coffee because there is a substance that helps alertness and concentration: caffeine.

This article will find out if caffeine really should help keep you focused and its side effects on our health.

Besides, caffeine can aid in exercise, especially bodybuilders or those who want to lose weight.

After learning the knowledge in this article, you will have an overview and objectivity about caffeine so you will know how to use it for yourself and advice for loved ones around. Now BellyFatZone invites you to refer to this article together!

Caffeine (also known as 1,3,7-trimethylxanthine) is a natural stimulant commonly found in tea, coffee, and cocoa.

They work by stimulating the brain and central nervous system. From there, it helps us stay awake and prevents fatigue.

According to the US Food & Drug Administration, caffeine is considered a drug because it causes many neurological effects and can cause a mild dependence when used.

Currently, 80% of the world’s population consumes caffeine every day, even increasing to 85-90% of adults in America.

Most of them come from coffee and caffeine-fortified energy drinks. If you are also consuming these drinks, it is essential to have a clear understanding of caffeine.

How does caffeine work?

If you’ve ever used caffeine, you’ve probably experienced feelings like increased concentration, increased alertness and can sometimes cause restlessness and anxiety. So why does caffeine do all this?

Caffeine works mainly in the central nervous system (brain and spinal cord). Their job is to interfere with the effects of adenosine. Adenosine is a compound produced by the body to perform a variety of functions.

One of these acts as a neurotransmitter (a chemical that helps transmit information between nerve cells). When adenosine binds to adenosine receptors (receptors), they emit a sleep signal.

When we use caffeine, caffeine will bind to adenosine receptors and prevent adenosine molecules from doing their job. In this way, caffeine increases alertness and fights drowsiness.

To make it easy to understand, you can imagine the following: if you put a key in a lock “not of the same type,” then this will fail to unlock the lock and block the “same type” key from performing the task its case.

The working principle of caffeine doesn’t stop there. According to research, caffeine also helps stimulate the release of neurotransmitters such as dopamine, epinephrine (also known as adrenaline), and norepinephrine (noradrenaline).

These are substances that help increase alertness, focus, and energy production. Unlike other substances, caffeine indirectly produces neurotransmitters and acts directly on the adrenal glands (adrenal glands).

This means that caffeine directly activates the body’s “fight or flight” mechanism. A physiological response occurs when we are in danger or threat.

When we use caffeine, they tend to act pretty quickly. For example, caffeine in a coffee cup only takes 20 minutes to absorb into the bloodstream and takes about 1 hour to exert its effects fully.

Caffeine is commonly found in nuts or leaves. From these natural sources, people produce caffeinated foods and beverages. Here are the amounts of caffeine in 240 ml of some popular beverages:

In addition to beverages, many foods also contain caffeine. For example, while 28 grams of chocolate milk has only 1–15 mg of caffeine, 28 grams of dark chocolate has 5–35 mg.

Besides, caffeine can also be found in cold medicines: allergy medicine, pain relief.

Not only that, but caffeine is also a common ingredient in fat loss supplements. In conclusion, caffeine is commonly found in chocolate, tea, coffee, carbonated soft drinks, and energy drinks.

Through the 3 sections above, we can clearly understand the concept of caffeine, its mechanism of action, and caffeine-rich foods. What about caffeine’s effects? Will they help us to train stronger, as the rumors say?

As mentioned above, caffeine has the ability to block the signals of the adenosine molecule. This makes the signals of other molecules such as dopamine and norepinephrine stronger.

From there, it helps to improve mood and brain function. In one study, when participants consumed 37.5–450 mg of caffeine, their alertness, short-term memory, and reaction time (of the brain) improved.

On the other hand, from a mood improvement perspective, more caffeine is not necessarily better.

One study found that having a second coffee cup had no benefit unless they were consumed in the first isolation for at least 8 hours.

Besides, many studies have also demonstrated that drinking 3-5 cups of coffee a day can help reduce brain diseases like Alzheimer’s and Parkinson’s by 28-60%.

In conclusion, caffeine intake can improve mood, decrease the likelihood of depression, stimulate brain function and protect them from diseases like Alzheimer’s and Parkinson’s.

Can caffeine help with fat loss?

Thanks to its ability to stimulate the central nervous system, caffeine can increase the metabolic rate by 11% and burn fat by 13% more. And this has been proven in quite a few studies.

Not only that but consuming 300 mg of caffeine per day can also help you burn 79 more calories per day. These calories seem quite small, but they are the equivalent of the extra calories that cause weight gain (1 kg) annually in the US.

However, in a 12-year study of caffeine and weight gain, coffee users lost only 0.4-0.5 kg after follow-up. In conclusion, caffeine can boost metabolism and lose fat, but the effect is small if maintained over a long period.

From a training perspective, caffeine consumption can help increase your ability to use fat for fuel. This is very beneficial because they will help the muscle glucose store to last longer.

This helps delay the time when muscles are exhausted. Not only that, but research also shows that caffeine can also improve muscle elasticity while increasing endurance.

A study by the University Of Birmingham showed that consuming 5 mg of caffeine per kilogram of body weight improved endurance training by 5 percent.

In this study, caffeine was consumed 1 hour before exercise. In another study, scientists found that a low dose (3 mg/kg of body weight) is still enough for us to benefit from caffeine.

What’s more, many studies report that caffeine has similar benefits in combination sports, intense exercise, resistance training … Besides, caffeine also helps reduce the feeling of exertion during exercise. Practice down 5.6%.

From there, it helps you feel the practice becomes easier. In conclusion, using a small amount of caffeine about 1 hour before a session will improve your training capacity.

Some studies show that drinking 2 to 4 cups of coffee or green tea per day reduces the risk of stroke (stroke) by 14-20%. In some people, caffeine use can cause a slight increase in blood pressure.

However, this effect is quite small, only about 3–4 mmHg (Millimeter of mercury – unit pressure). And they tend to decrease gradually for most people when they regularly consume coffee.

Not only that, but caffeine also works to help fight diabetes. Research shows that people who drink a lot of coffee have a 29% lower risk of type 2 diabetes.

Likewise, people who consume caffeine also reduce their risk of the disease by about 30%. The study’s authors found that the risk decreased by between 12-14% for every 200 mg of caffeine consumed by the participants.

In this study, something is exciting. That is, the consumption of decaffeinated coffee still reduces the risk of diabetes by 21%. Through this, we can see that in addition to caffeine, coffee still has several other compounds that help prevent diabetes.

In conclusion, caffeinated beverages like tea and coffee may reduce the risk of heart disease and type 2 diabetes.

Other benefits of caffeine

In addition to helping with fat loss and exercise support, caffeine has a ton of other benefits for the body. One of those benefits is its ability to protect the liver.

Coffee consumption can reduce the risk of liver damage by 84%.

At the same time, they also slow down the disease’s progression, improve treatment efficiency, and reduce the risk of death. On the other hand, according to some studies, caffeine can also help increase longevity.

Consuming 2 to 4 cups of coffee a day can reduce liver cancer risk by 64% and the risk of colorectal cancer (colorectal) by 38%. Besides, caffeine is also very beneficial for the skin.

Consuming 4 cups (or more) of caffeinated coffee per day can reduce skin cancer risk by 20%. Not only that, according to some studies, regularly drinking 4 cups of coffee a day reduces the risk of gout (gout) by 40% in men and 57% in women.

Not only that, consuming 3 cups of coffee per day for 3 weeks can increase the number and activity of beneficial bacteria in the gut. Note that among the studies above, some of the benefits may be due to other substances in coffee, not just caffeine.

Is caffeine safe or not?

In general, caffeine is a fairly safe substance. However, they are addictive, and some people’s genes may make them more susceptible to this problem. Not only that, according to research, caffeine can also cause several side effects.

These side effects include: causing restlessness, anxiety, tremor, heart rhythm disturbances, trouble sleeping … Besides, too much caffeine can cause headaches, migraines, and high blood pressure in some individuals.

What’s more, caffeine can easily cross the placenta. From there, it can increase the risk of miscarriage or cause an underweight in the newborn. For this reason, pregnant women need to limit their caffeine intake.

Besides, caffeine can also react with some drugs. Therefore, people using the muscle relaxer Zanaflex or the antidepressant Luvox should avoid caffeine because they increase the drug’s effects.

Both the US Department of Agriculture (USDA) and the European Food Safety Authority (EFSA) recommend 400 mg of caffeine per day as safe.

This amount of caffeine will be equivalent to 2-4 cups of coffee per day. On the other hand, taking 500 mg of caffeine in a single dose causes an overdose and can lead to death. Therefore, many studies recommend consuming only 200 mg of caffeine per dose.

Besides, according to the American College of Obstetricians and Gynecologists, pregnant women should limit their daily caffeine intake to 200 mg.

How Coffee Affects Your Weight Video:

Hopefully, the information above has helped you gain some more knowledge about “is coffee good to lose belly fat” and bring some small value. Please share this article if you feel it useful. Thanks!

If you have useful additional information to help people, please comment below. 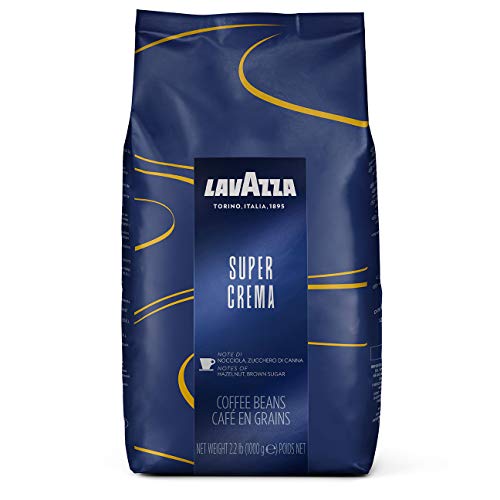 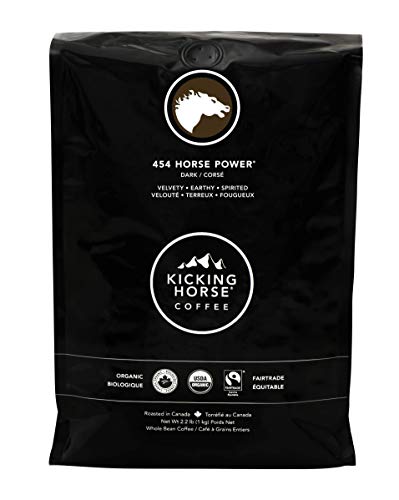 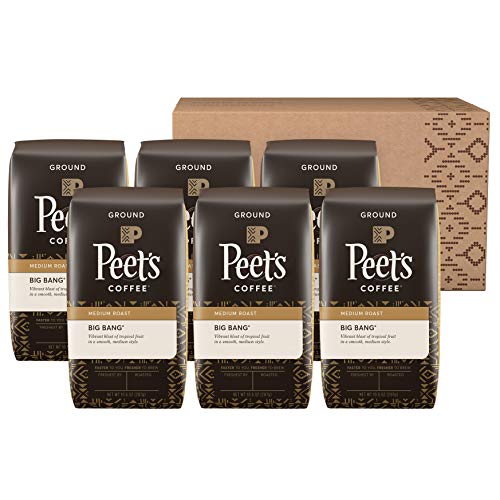 OVERWEIGHT - WANT TO LOSE BELLY FAT?
DO YOU WANT TO KEEP FIT YOUR BODY?

Yes, I want to lose weight to avoid serious illness in the future and I want to feel flexible.

No, I don't need to lose weight and don't care very much about my health. Thanks!

We hate spam and you certainly do.