When you search for this article, we must have the same high interest: finding ways to reduce belly fat by changing the proper diets.

Diet is one of the four core factors, and it can be said that this is the most crucial factor to reduce belly fat effectively and safely.

We need to note this because we will know where we are in the overall story of reducing belly fat.

You can easily find ads throughout the newspaper, the internet about apple cider vinegar as a supplement in our daily diet, which will help with weight loss in general and reduce belly fat.

Now BellyFatZone invites you to refer to this article together, with a lot of time to research and investigate, and based on reliable scientific literature to give you the best information in question — this topic.

Read more: How to lose belly fat without exercise.

What is apple cider vinegar?

Apple cider vinegar is made in a two-step fermentation process. First, apples are cut or crushed and combined with yeast to convert their sugar into alcohol. Second, bacteria is added to ferment the juice into acetic acid.

Traditional apple cider vinegar production takes about one month, though some manufacturers dramatically accelerate the process to take only a day.

Also known as ethanoic acid, it is an organic compound with a sour taste and strong odor. The term acid comes from acetum, the Latin word for vinegar.

About 5–6% of apple cider vinegar consists of acetic acid. It also contains water and trace amounts of other acids, such as malic acid.

One tablespoon (15 ml) of apple cider vinegar contains about three calories and virtually no carbs.

What is the effect of apple cider vinegar on reducing belly fat?

Acetic acid, one of the significant components of apple cider vinegar, may help with weight loss because it may suppress fat accumulation.

Acetic acid is a short-chain fatty acid that dissolves into acetate and hydrogen in your body.

Consuming a daily dose of vinegar led to lower body weight, waist circumference, and abdominal fat mass, according to a 2009 study published in Bioscience, Biotechnology, and Biochemistry.

Researchers hypothesized that the acetic acid was responsible for the change, but this does not mean apple cider vinegar is a magic bullet for burning fat.

A healthy diet and exercise are the best ways to beat belly fat, and apple cider vinegar may give you a boost.

Some animal studies suggest that the acetic acid in apple cider vinegar may promote weight loss in several ways:

Although the results of animal studies look promising, research is needed in humans to confirm these effects.

Apple cider vinegar is sensitive to insulin and belly fat:

Many health claims have been made about apple cider vinegar, but science does not back up all of them.

One of the most well-studied properties of apple cider vinegar is its ability to improve insulin sensitivity.

This is good news for diabetics, but it may also help those wanting to shed a few pounds. Insulin is a hormone that enables your body's cells to utilize energy from sugar in your bloodstream, but it is also a growth hormone.

When insulin levels in your bloodstream are high — such as after consuming a high-carbohydrate meal — your body is more likely to store fat.

If your organization is resistant to insulin, it will produce more insulin to reduce blood sugar levels.

Consuming apple cider vinegar with a high-carbohydrate meal increases insulin sensitivity, according to a 2004 study published in Diabetes Care.

How does apple cider vinegar change your sense of craving?

The cornerstone of getting rid of belly fat and losing weight is to burn more calories than you take in.

Cutting calories is often easier said than done, however. Apple cider vinegar may help you eat less by increasing your feelings of fullness after a meal.

Apple cider vinegar may promote fullness, which can decrease calorie intake. In one small study in 11 people, those who took vinegar with a high-carb meal had a 55% lower blood sugar response one hour after eating.

They also ended up consuming 200–275 fewer calories for the rest of the day. In addition to its appetite-suppressing effects, apple cider vinegar has also been shown to slow the rate at which food leaves your stomach.

In another small study, taking apple cider vinegar with a starchy meal significantly slowed stomach emptying. This led to increased feelings of fullness and lowered blood sugar and insulin levels. However, some people may have a condition that makes this effect harmful.

Gastroparesis, or delayed stomach emptying, is a common complication of type 1 diabetes. Timing insulin with food intake becomes problematic because it is difficult to predict how long it will take for blood sugar to rise after a meal.

Since apple cider vinegar has been shown to extend the time food stays in your stomach, taking it with meals could worsen gastroparesis.

Scientists aren't sure why apple cider vinegar may affect appetite — it could be related to increased insulin sensitivity, but it's also possible that the strong flavor kills the appetite.

If you consume a healthy, low-calorie diet full of fruits and vegetables, lean protein, and whole grains, adding apple cider vinegar may help you resist the urge to overeat or snack between meals.

Which study proves that apple cider vinegar helps you reduce your waistline?

Various have backed the idea that apple cider vinegar can be an excellent natural remedy for weight loss. Acetic acid, a compound found in ACV, has been cited in several studies as the main ingredient that helps with weight loss by targeting body fat.

The fact is that consuming a small amount of apple cider vinegar activates your metabolism, which in turn helps your body use fat as a form of energy instead of storing it.

One study in Bioscience, Biotechnology, and Biochemistry showed that fed acetic acid mice were less likely to gain body fat, indicating the stuff can help in fat reduction.

Studies have also suggested that apple cider vinegar can increase satiety or feeling of fullness, helping you consume fewer calories and lose weight.

According to scientists at the Department of Nutrition at Arizona State University, dieters who took vinegar ate 200 to 275 calories less per day.

Results from one human study indicate that apple cider vinegar has impressive effects on weight and body fat.

They were told to restrict their alcohol intake but otherwise continue their usual diet and activity throughout the study.

Those who consumed one tablespoon (15 ml) of vinegar per day had — on average — the following benefits:

This is what changed in those consuming two tablespoons (30 ml) of vinegar per day:

According to this study, adding 1 or 2 tablespoons of apple cider vinegar to your diet can help you lose weight. It can also reduce your body fat percentage, make you lose belly fat, and decrease your blood triglycerides.

This is one of a few human studies that have investigated vinegar's effects on weight loss. Although the review was relatively large and the results are encouraging, additional studies are needed.

How to add it to your diet

You can take apple cider vinegar in various forms – either you can incorporate it into your cooking or drink it as a beverage by diluting it with a glass of water.

It is recommended to begin with small doses because an excess of it can cause harmful side effects.

Usually, a typical dosage for apple cider vinegar ranges from 1 teaspoon to 2 tablespoons per day. You can take a daily amount of 2 tablespoons of vinegar mixed with a cup of water for weight loss. It can be made either on an empty stomach or after eating.

Refer to other ways :

A secure method is to use it with olive oil as a salad dressing. It proves particularly tasty with leafy greens, cucumbers, and tomatoes.

It can also be used for pickling vegetables, or you can mix it into the water and drink it. The amount of apple cider vinegar used for weight loss is 1–2 tablespoons (15-30 ml) per day, mixed with water.

It is best to spread this out into 2–3 doses throughout the day, and it may be best to drink it before meals. You are taking more than this isn't recommended because of potentially harmful effects at higher dosages. It's also best to start with one teaspoon (5 ml) to see how you tolerate it.

Do not take more than one tablespoon (15 ml) at a time because taking too much at one sitting may cause nausea.

It’s important to mix it with water, as undiluted vinegar may burn the inside of your mouth and esophagus. Although taking apple cider vinegar in tablet form may seem beneficial, it comes with potentially significant risks.

In one instance, a woman suffered throat burns after an apple cider vinegar tablet became lodged in her esophagus.

In addition to promoting weight and fat loss, apple cider vinegar has several other benefits:

Apple cider vinegar is safe to consume every day because side effects are infrequent. In one case, a woman reported inflammation in the esophagus after eating vinegar in an attempt to knock out a piece of crab shell in her throat.

Other infrequent side effects are accidental inhalation of vinegar and high potassium levels in excessively high doses daily.

Consult your doctor before you start any diet and exercise program. Be sure to dilute apple cider vinegar with water if you plan to drink it, or you can mix it with olive oil and use it as a zealous salad. 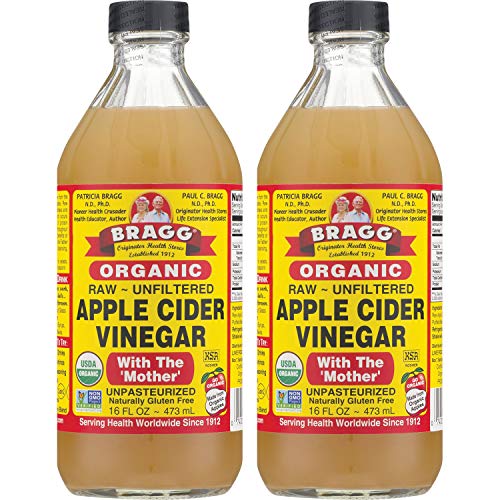 Hopefully, the information above has helped you gain some more knowledge about Apple Cider Vinegar Help Lose Belly Fat. Please share this article if you find it is useful. Thanks!

If you want to find more devices or beliefs that support your overall health, it's below:

The Rock Meal plan To Have a Strong and Healthy Body

Top Resistance Band Exercises for Legs and Glutes At Home

Should We Lose Weight By Skipping Dinner?

Top Common Misconceptions About Soy You should know for proper use

How to Lose Weight With Almond Milk and Nut Milk?

How to lose arm fat: Ways to apply at home and ways to use technology

How many calories does an apple have?

Food for athletes: Help you possess the energy to surpass your opponent